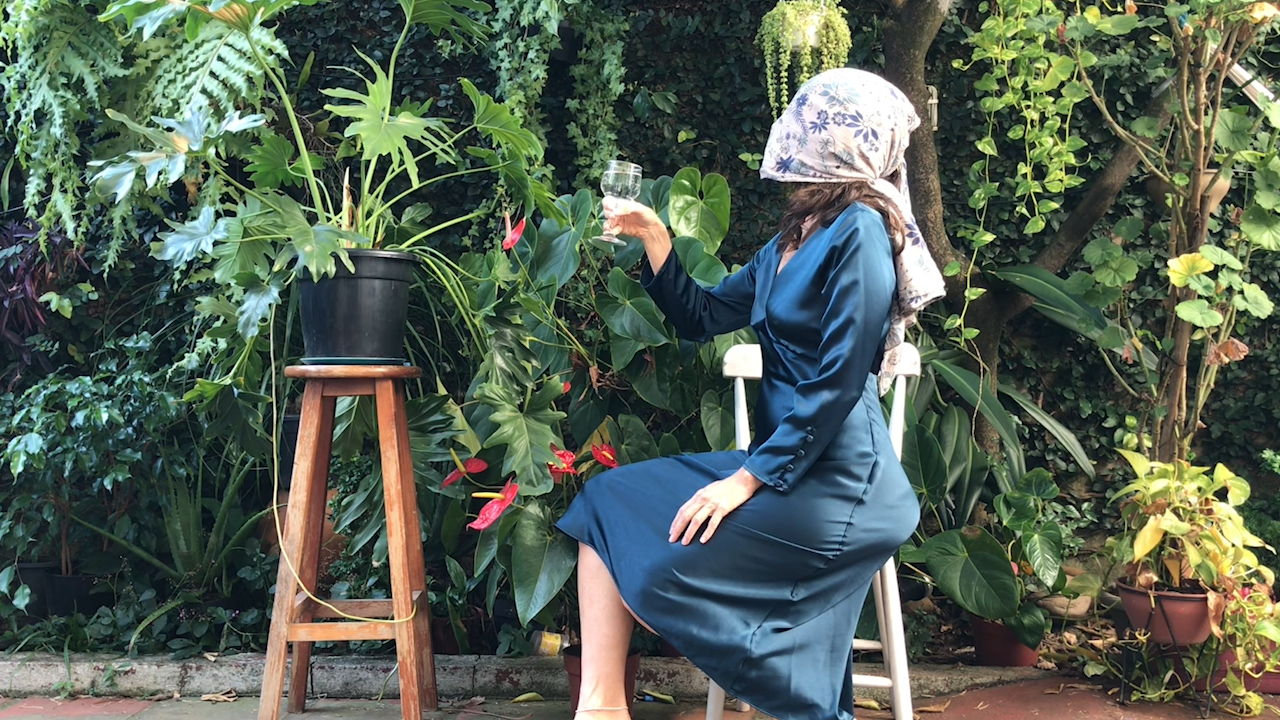 Águas (Waters) are the major provider of life. Its affirmation as a common good is the strategy of sharing the world’s wealth for our continuity. The series of video-performances Águas covers the diversity of their states, bodies, senses, between different affects, careful practices, incarnated women and enchanted beings.

Based on a verse by the poet Jorge de Lima “There is always a glass of sea for a man to sail”, it synthesizes the idea that the utopia of art confined during the COVID-19 pandemic is contained within itself, the “glass of sea” of each artist also includes women. And from this particular infinite, each one seeks to change the world. The waters of the world.

A precarious base supports this community. The houses are created on top of the waters. Inhospitable poverty lives close to indisputable beauty. Misery makes you cry, and what is beautiful also makes you cry. Misery and women plead. Enchanted by the still waters, we seek your protection. To calm, care for and mobilize the children of these wetlands. Among the existing domains of life and death, let the ancestral force be the foundation against resignation. Consciousness will jump the minds as the roots of the mangrove jump the ground. Two statements: without water and without women, there is no community.

An initial experimental practice of time: everything is united and mixed, absolute collaboration between body, natural phenomenon, pain and love, bringing together flows, memories, territory, instinct, touch, body and psychomagia, drawing a line between body and gaia, changing energies of points and cures, where pouring is an act corresponding to existence.

I recently discovered that I am nonexistent without the sea.

Release: It is a letter to an old friend, with confessions as absurd as they are vital. The voice that reads the correspondence can be heard narrating, together with the body, the story of a woman who launches into the sea in search of herself.

The artist’s movement accompanies and draws something that disappears in the next instant imitating the waves of the sea or even the heartbeat.

If you ask for skin, the same one that becomes the stage for the sea projected on the body. This fusion of movements reveals the intimacy between the waters and the author. There is no place for distance, there is only room for the urgency to live.

Release :: Try to enter the sea. But it is lockdown. Two jeeps. Calculate the clearance time between the two cars that are under surveillance. Run to the sea. Sirens. They got you! Do not answer. Sit on the sidewalk. There is a flow of water coming out of the earth. Take the loose stones that are close to you, “shoot”. Reverse the sense of anger – They are groundwater, thrown out of place.

Bring a foot bath into the image and be with all my ancestors. In the nest. As if the water gave us a link in time. How not, it is! And through that memory the memory comes out through the voice, greeting, singing and watching time go by.

A body in relation to the mangrove brings reflections on our humanity, ancestry and connection with nature.

Initiated by The Procomum Institute